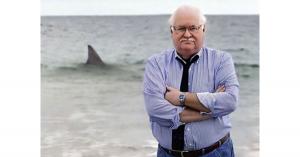 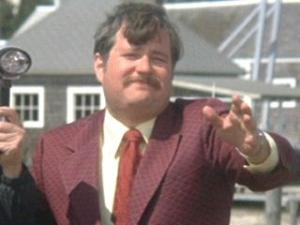 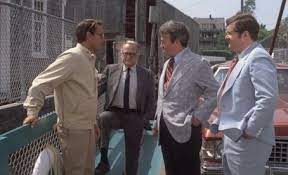 “Carl Gottlieb, speaks on his career, Writing the screenplays, Jaws, The Jerk and why you cannot hold grudges in Hollywood.”

I just wanted to work in the film industry.”
— Carl Gottlieb

Legendary writer, actor, director, Carl Gottlieb spoke on the Long Shot Leaders Podcast about his fifty-plus-year career. Going through what seems like a stroll through the pantheons of Hollywood history. He has worked with every giant in the industry but will most likely always be associated with the blockbuster Jaws. Gottlieb goes into great length of his challenges in the film as well as his relationship with Steven Spielberg, Richard Dreyfuss, Peter Benchley, and Richard D. Zanuck.

“Long Shot Leaders” Podcast featuring successful people that overcame large obstacles to find success in one-way shape or form interviewed Gottlieb about his career and his book “The Jaws Log”. Gotlieb said that his main goal his entire career was just to get work consistently.

During a recent interview, Gottlieb says, “I just wanted to work in the film industry.”

Garfield goes on to say, that Hollywood can be competitive and that when Steven Spielberg first received his book “The Jaws Log” He was told that Spielberg threw it across the room. Despite this Gottlieb had great admiration and positive things to say about Spielberg.

“Long Shot Leaders,” tells the stories and secrets of leaders, Innovators, entrepreneurs, and various high achievers. They explore their struggles, shortcomings, challenges, and setbacks that ultimately lead to growth and betterment. Hosted by Michael Stein. Stein is an Entrepreneur, actor, filmmaker, and stand-up comedian.

Here are some of the initial guests:

Stein urges all Podcast Listeners to visit the Long Shot Leaders website and sign-up for the email newsletter of upcoming weekly episodes. He looks forward to sharing many stories of “Long Shots” who have overcome large obstacles and found success.