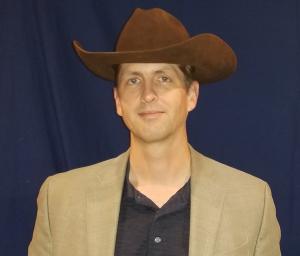 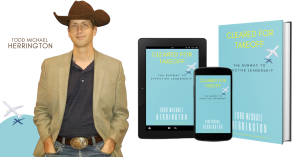 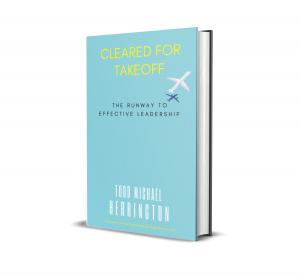 For anyone who wants the secrets of success that we discovered during the greatest era of commercial aviation, I’ll tell you everything I’ve learned. A spoiler: it’s all about how you lead people!”
— Todd Michael Herrington

ATLANTA, GEORGIA, USA, April 5, 2021 /EINPresswire.com/ — “Cleared for Takeoff, The Runway to Effective Leadership” is a delightful and valuable mix of storytelling, which covers different aspects of leadership. Stetson hats, loud boots, and passion for aviation, Todd Michael Herrington’s career followed in the footsteps of both of his grandfathers, who flew in the US Army Air Corps during the war.

An engineer by trade and a founder of Delta Flight Products, LLC debut author, Herrington shares instrumental gems learned during his time at Delta Air Lines. Taught to lead teams in the business environment, to use great vision, and effectively communicate, Herrington’s upcoming book, “Cleared for Takeoff, The Runway to Effective Leadership” offers polished principles and practices.

‘Through post 9/11, bankruptcy restructuring, the collapse of the financial markets in 2008, Delta Air Lines emerged as one of the most successful Fortune 500 companies during the past ten years, despite difficult roads. Over the ten-year period from 2010 to 2020, Delta paid out over $9,155,000,000 in profit share to its tens of thousands of front-line employees. What made this possible was a consistent and clear leadership roadmap which showed us how to take a few simple core principles and convert them into a business that perpetually delivers success to its stakeholders,’ says Herrington.

Each chapter of Herrington’s book offers readers a different aspect of leadership, from having and communicating your vision to developing goals and a plan in order to succeed – learned from his time with Delta. Within the pages of “Cleared for Takeoff, The Runway to Effective Leadership” readers can reflect and apply actionable insights, such as:

Gil West was known at Delta for being somewhat of a riverboat gambler. But he was actually really good at figuring out which ideas were worth the risk of pursuing. He told my future boss, Rick Salanitri (who, at the time in the summer of 2016, was my in-house supplier), that he wanted us to develop a new In-Flight Entertainment (IFE) system from scratch and have it ready for installation onto Delta’s newly purchased Bombardier C-Series fleet. This fleet was originally set to start delivery to Delta Air Lines in early 2018.

To put this into perspective, it usually takes an established IFE company around three years to develop a new system and get it certified for commercial aircraft installation. We were not an established IFE company. If fact, we had exactly zero employees who had any background in designing or manufacturing such a system. Oh, and did I mention that this was also supposed to be the world’s first wireless system? Yeah, so all the content would also be wirelessly transmitted from the Cabin Management System to each tablet mounted in the seatbacks. Nobody had ever tried this before. In fact, nobody even knew if this was possible!

At first glance I thought was entirely absurd. On second glance, I thought it was merely preposterous. But after sitting down with some experts and re-evaluating it with the team, we all agreed: it was the most insane idea we had ever heard, and we’d all be out of our minds to sign up to do it. My department, on day one, consisted of me, myself, and I. I had gone from managing an $800 million+ annual budget for capital aircraft programs with a staff of three managers and over 30 project managers to being a lone ranger with a mission to build a team that would oversee one of the most well-funded startup companies in the history of aviation.

For the first year, knowing our mission, which involved the vision of creating the world’s first wireless IFE system – wirelessly transmitted from the Cabin Management System to each tablet mounted in the seatbacks – while simultaneously delivering on our first FAA-approved cabin retrofit program on Delta’s Boeing 777-200, the DFP leaders work-shopped our company goals together. We came up with several goals—and most of them seemed impossible.

Having clear goals gives your team the ability to laser focus on an objective. Without a clear goal, you can have a team full of rock stars and you’ll go nowhere. Goals become really powerful when they are measurable.

“Cleared for Takeoff, The Runway to Effective Leadership” will be available in hardback, paperback and ebook format.

Originally hailing from Alamo, California – where he turned down invitation to major in music from University of California at Berkeley – Todd Michael Herrington now lives in the Atlanta metropolitan area with his beloved wife, Catherine, and children (Charlie, Evelyn and Sylvia). He has two little angles in heaven (Lillian and Bridget) who watch over him every day. Receiving a Bachelor of Science degree in Mechanical Engineering from the Georgia Institute of Technology in 2001 (and graduating near the bottom of his class), he subsequently worked in commercial aviation for nearly twenty years serving in roles across several engineering disciplines, project management, as well as quality and safety. He is a proud founder of Delta Flight Products, LLC – one of the most ambitious subsidiary organizations that was ever founded in the commercial aviation industry.

Todd’s passions, outside spending time with his family, include teaching religious education to middle school students at his local parish, coaching youth baseball and softball, writing, and enjoying well crafted American distilled whiskey. He's still not sure what he wants to be when he grows up, but whatever it is, he’s always going to remember the valuable lessons he learned while working for the greatest company on the planet.

VMH publishing is an independent American book publishing house that specializes in print, distribution, and literary representation. Using a professional team of editors, graphic artists, marketers, creative thinkers, illustrators, and global access, VMH publishes and prints quality books for the sole purpose of storytelling and reading to a global audience.

“From Broken to Beautiful” opening at Susan Hensel Gallery