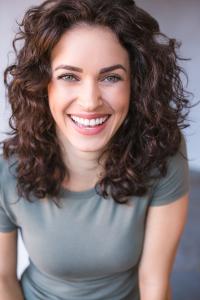 Fundraiser to Feature Headline Talent, Stirring Performances, and a Chance to Win a One-of-a-Kind, Signed Ukulele

We are so grateful for these hardworking Broadway artists, who believe in our mission so much that they’re sharing their star power to support instruments and music therapy for the kids.”
— Marlén Rodriguez-Wolfe, CEO of Ukulele Kids Club

LAKELAND, FL, UNITED STATES, March 24, 2021 /EINPresswire.com/ — A chorus of contemporary Broadway stars is teaming up for a performance of epically charitable proportions to benefit the Ukulele Kids Club (UKC), the nonprofit that supports the healthcare of medically fragile children through music therapy and donations of ukuleles. Following the cue of UKC Advisor and UKC Broadway program director Abby Jaros (“Hamilton,” “Joseph and the Amazing Technicolor Dreamcoat”), a talented troupe of performers from such major productions as “Gypsy,” “Hamilton,” “Wicked,” “Newsies,” and “Mean Girls” will perform crowd-favorite numbers, live online. Helping to ease the isolation of Broadway fans everywhere, the “virtual cabaret” will take place on April 8, 2021 at 7 PM ET, with tickets priced as “pay what you can,” or a $50 donation suggested. The event is capped with a live raffle for a custom ukulele, signed by the cast of Broadway’s “Mean Girls.”

“As music therapy advocates, we at UKC are committed to increase awareness of music therapy as an essential part of a child’s medical treatment plan,” said Marlén Rodriguez-Wolfe, Chief Executive Officer, UKC. “We are so grateful for these hardworking Broadway artists for believing in our mission so much that they want to share their star power to support instruments and music therapy for the kids.”

Ms. Jaros will host and introduce the performances. In 2020, Ms. Jaros quickly became an important ambassador for the Ukulele Kids Club. She spearheaded the UKC Broadway (“#UKCBroadway”) initiative, which has connected the charity with Broadway artists. True to its moment in time, #UKCBroadway has featured online performances by these professionals, providing world-class entertainment for Broadway fans stuck in coronavirus isolation, while raising awareness and donations for UKC.

“I knew from the moment I first heard about UKC that their important work would strike a chord with virtually every music professional, especially my Broadway colleagues,” added Ms. Jaros. “Many of us are ukulele players ourselves, so we instantly recognize how the uke is a simple key to unlocking the feelings and emotions of hospitalized kids. I’m so proud to have a role in creating this event to benefit UKC.”

As a special incentive for attendees of the UKC Broadway cabaret, audience members will be eligible to win one ukulele, signed by the cast of “Mean Girls” on Broadway. The ukulele will be raffled off – live and online – to one lucky winner at the UKC Broadway Cabaret, April 8th at 7pm EST. For event tickets please visit www.theukc.org/broadway. The entire event, including all recorded performances, will be available at www.theukc.org for 72 hours after the live webcast

Music therapy is the clinical and evidence-based use of music interventions. Board-certified music therapists create therapy plans designed for each patient, based on individualized needs and goals. Among the goals of music therapy interventions are: engaging in wellness habits, stress management, pain reduction, physical rehabilitation, enhanced cognition, and many other therapeutic goals.

About Ukulele Kids Club, Inc.
The Ukulele Kids Club (UKC) is a nonprofit organization based in Lakeland, Florida. The UKC was founded in 2013 by Corey and Edda Bergman as a tribute to Corey’s son Jared Bergman. Since its founding, the UKC has directly supported the health care of nearly 10,000 medically fragile children through music, music therapy and donations of its signature instrument. The UKC works with more than 200 hospital-based music therapy programs in the U.S. and elsewhere.The UKC is a platinum-level GuideStar participant; learn more at www.theukc.org.

CHINA VS. AMERICA WAR OF THE WORLDS

Hydrogen Is the Fuel of Today