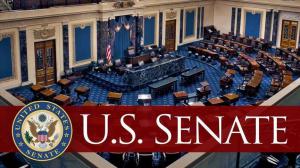 WASHINGTON, D.C. , UNITED STATES, April 1, 2021 /EINPresswire.com/ — Von Batten-Montague-York welcomes the strengthening of Senate Resolution 97 (S. Res. 97) to include language that “condemns in the strongest terms any human rights violations, murder, looting, rape, and other crimes committed by the Eritrean military or any other forces in the Tigray Region.”

Dr. Karl Von Batten, Managing Partner of Von Batten-Montague-York, stated that it was essential that the firm pushed for stronger language in the resolution to ensure that the military forces and militia currently in Tigray committing these atrocities could not escape justice when the conflict is finally resolved. According to Dr. Von Batten, “under international law, crimes against humanity, murders, war crimes, and genocide have no statute of limitations, and we intend to push for justice regardless of when all foreign troops leave Tigray.”

The firm has spent the last three weeks engaging members of Congress, building support for Resolution 97, and pushing Congress to take concrete action to ensure a ceasefire, the exit of all Eritrean military and militia from the Tigray region, and an independent investigation into the reports of rape and other atrocities being committed by Eritrean military and militia against civilians in Tigray.

For all inquiries relating to this press release, please contact:

Dr. Jeff Geschwind, Director of USA Oncology Centers, to be Lecturer at ECIO 2021