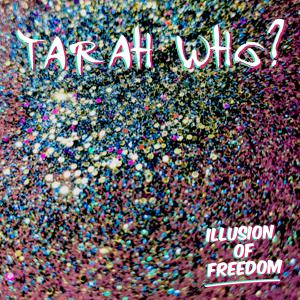 Illusion of Freedom Available Now on All Streaming Platforms

“Illusion of Freedom” was written from and for the immigrant experience. As an immigrant, Tarah Carpenter has experienced and witnessed the difficulties of living in a foreign country. She shares, “there was a time where my co-workers were too afraid to come to work, too afraid that they would be taken and sent back home or separated from their families, even if they had been living here for over twenty years.”

“Illusion of Freedom” is also a reflection on the situation with refugees. People who had to flee their country to feel safe, only to not be welcomed where they arrived. Governments and their people are understandably afraid to lose their jobs, to lose their culture, to give too much to someone who has lost everything by the small hope of survival. Tarah Who? shows us that there are struggles and fears on every side.

“Illusion of Freedom” is about those invisible boundaries that divide us as humans and cultures.

Tarah Who? believes that serving each other equally and living in freedom should be vouched for now more than ever, and looks forward to sharing other projects this year to make a change through their music and storytelling of past experiences.

The music video to “Illusion of Freedom” will be available on April 15th, via YouTube.

“Illusion of Freedom” is available now on all major platforms. Visit their website for updates on upcoming projects.

Tarah Who? Well, “she” equals “they,” and “they’re” a power duo masterminded by grunge-punk sage Tarah Carpenter, a firebrand frontwoman who channels explosive emotionality into rousing anthems. In addition to Tarah, drummer/backing vocalist Coralie Hervé. Previously, Tarah Who? has released two full-lengths, three EPs, and one single of raw punky rock n’ roll. The duo’s output has garnered plaudits and earned feature-story coverage from GIG Radar, Kill The Music, La Grosse Radio, Loud Stuff, Moshville, Music Connection, Muzak, and The Ring Master, among other outlets. The ladies of Tarah Who? are fired up, inspired, and tighter as friends and musicians.

Activist Launches Campaign to Encourage Women to Freeze their Eggs