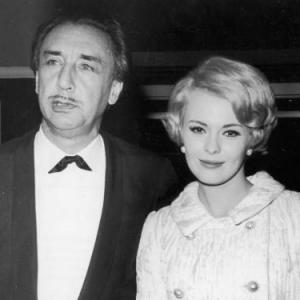 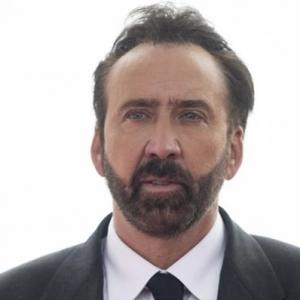 Nicholas Cage is the #1 choice of screenwriter Edouard d’Araille 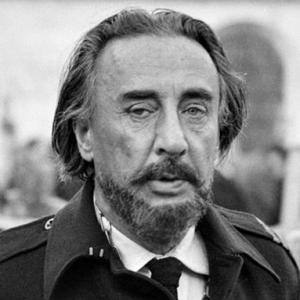 Romain Gary was France’s Bestselling Novelist of the 20th Century

LONDON, UNITED KINGDOM, April 2, 2021 /EINPresswire.com/ — At their virtual Easter press conference on April 1st, Living Time Motion Pictures announced a slate of new productions for 2021-2022, headed by the biographical film ‘Man of Promise‘ about the life and work of multi-award-winning novelist Romain Gary. Four other features were also announced – including documentary ‘In the Absence of the Author’ as well as the forthcoming television series ‘Crimes Past’. Attending the event, it was clear from the core focus being given to ‘Man of Promise’ that it is one of LTMP’s major productions – they were fully at the ready with two poster designs for the movie whose full title was presented as ‘Man of Promise: The Many Lives of Romain Gary’.

Jack D. Goldstein, Vice-President of Production for Living Time Motion Pictures, announced that ‘Man of Promise’ would be going ahead on a $43 Million budget and will be shooting from 2021-2022 – partially dependent on Coronavirus restrictions. Some further details were provided about the financials into the film, including that England, France, Poland and Germany have staked investments into it, making it an international co-production. The involvement of Lithuania in the film was also explained, as it turns out Romain Gary was originally from Vilnius, having been born there in 1914. Other shooting locations were also named, including Paris, New York, Warsaw, Hollywood, Nice and Casablanca.

But who was Romain Gary? And why is a motion picture being made about his life now? According to the official website of Man of Promise: “The unbelievable life of Romain Gary – author of the bestselling French novel of the 20th Century – comes to the screen in this kaleidoscopic biopic for the first time ever: a man of many loves and many lives”. Fact-checking this, FILMTIME Entertainment News discovered that although two films have been based on his personal memoir ‘Promise at Dawn’ – which won Gary the highest literary prize in France, the Prix Goncourt – no movie has yet been filmed that tells the story of his life from his impoverished beginnings in turn-of-the-century Russia up to the end of his life in 1980.

Reading the official release sent to the press for yesterday’s morning conference, it detailed (in slightly different words from the movie website) that: “Romain Gary was renowned for being a French war hero for his aviation exploits, a top-ranking diplomat who represented France at the UN and Consul General in Los Angeles, New York, Bulgaria and Switzerland, quite apart from his formidable literary achievements and years of success in Hollywood. However, his decade of marriage to screen star Jean Seberg – who tragically committed suicide at 40 – has distracted the public from his own life, and his winning the Prix Goncourt a second time (under pseudonym ‘Emile Ajar’) plunged him into a mega-scandal that would never go away. It turns out that it is totally forbidden for any author to win the Goncourt prize a second time – therefore Gary kept the secret close to his chest, not even admitting that ‘The Life Before Us’ was his novel after the film with Simone Signoret won Best Foreign Film Oscar at the Academy Awards. The author of twenty-two acclaimed works of fiction (some semi-autobiographical), a dozen screenplays and two feature films, Romain Gary’s impact on the literary establishment was enormous and the sensational story of his literary subterfuge perhaps one of the most sensational of the Twentieth Century. Now, at last, the true story of Gary’s many lives can finally be told”.

Asked about the casting of the movie, Mr. Goldstein responded that: “The full cast will officially be confirmed at our pre-Summer press conference on May 15th”. However, speculation has circulated since the author of the screenplay, Edouard d’Araille, publicly commented on one actor in regards to the title role of Romain Gary: “I do not believe any other actor living today could play the role of Romain Gary as authentically or with the same depths of complexity as Nicholas Cage. Like Gary, he has an endless versatility and the ability to take on new characters as if it were simply a change of clothes. Never mind that there is an uncanny physical resemblance between the two of them”. Journalist Aaron Jonas pressed Mr. Goldstein on whether Nicholas Cage had already become involved in the project, to which he replied: “Certainly, Nicholas Cage would be a match made in heaven to star as Romain Gary. Unfortunately, I am not at liberties to comment any further at this time”.

It was also announced that the first public screenings of ‘Man of Promise’ will be occurring in July 2022 in Hollywood, New York, Paris, Nice, Warsaw and Vilnius – which, it appears from the biographical information provided at manofpromise.com, were all key locations in Romain Gary’s life.

AI and Its Future in Healthcare