Margie Evans, Iconic Sophisticated Queen Of The Blues, Dies at 81 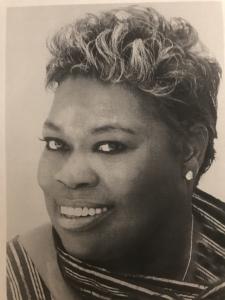 Margie Evans, a legendary, international Blues and Gospel entertainer, songwriter, music producer, actress, music historian, community activist and motivational spokeswoman, who broke barriers for African American female Blues performers with poise, dignity and sophistication, died on March 19, 2021. In addition to her musicianship, Evans is noted as an activist for parity in music education as well as a promoter of the legacy of Blues music. As she often said, “I’ve been around a long time and I’ve really paid my dues.” She was the age of eighty-one. A family statement did not reveal the cause of death.

The lengthy career of the unsung, effervescent entertainer is chronicled in her first biographical memoir, “Margie Evans: The Classy, Sophisticated Queen of the Blues, due for release on Amazon April 17, 2021.

In all of her endeavors, Evans embodied African American women of courage, faith and wisdom who demanded respect. In each of her acting roles, radio commercials, iconic albums and international tours, she represented complex, decisive women, articulating a profound grace, depth, perseverance and dignity in each of her performances.

Marjorie Ann Johnson was born in 1939 in Shreveport, Louisiana, in the United States. She chose to be known as Margie. Raised as a devout Christian, Margie Evans’ early exposure to music was through gospel, inspired by her mother, Mrs. Veva Williams, who taught Latin and piano. After graduating from Grambling College, majoring in elementary education, in 1958, Margie moved to Los Angeles, where she later married her longtime friend and neighbor, Rev. Jim Evans. Always very intelligent, well read, talented and articulate, she gained the position of a background vocalist with Billy Ward, with whom she sang between 1958 and 1964, before joining the Ron Marshall Orchestra between 1964 and 1969, singing in Monterey, California. She then successfully auditioned to join the Johnny Otis Band. During her four-year stay there, she performed on The Johnny Otis Show Live at Monterey and Cuttin’ Up albums. In addition to her recording and performing duties, Margie used her powerfully positive influence to help set up the Southern California Blues Society to help promote the art form through education and sponsorship.

Evans then commenced her solo career in 1973, and found almost immediate chart success. Her single track “Good Feeling” (United Artists 246) entered the R&B chart on June 30, 1973 for four weeks, reaching number 55. However, it was another four years before her single, “Good Thing Queen – Part 1” (ICA 002) entered the same chart listing on July 9, 1977 for eight weeks, peaking at number 47. Also, in 1975, Margie supplied the background vocals on Donald Byrd’s album, Stepping into Tomorrow. Those who knew her knew that Margie Evans heard God’s call at an early age and represented godliness and clean living in all of her performances and international tours. She was always jovial, effervescent and full of life. When resting or preparing for a performance, she could often be heard praising God, praying and singing Gospel hymns in her hotel room and dressing room.

Performing into the early 1990’s, Margie Evans toured the United States, Canada, Australia, Asia and Europe, in addition to participating in the DuMaurier Jazz Festival as well as appearing with Jay McShann at the Toronto Jazz Festival. Motivated by her own reality that “A prophet is honored everywhere except in his own hometown,” an adage from Mark 6:4, also noted in Luke 4:24, in the same decade, Margie then embarked upon her solution through community service, with her daughter Vicki Evans by her side, by helping to organize the 5-4 Optimist Club for local school children from the South Central Los Angeles district, where she became the first African American female President of the auspicious chapter.

In reflection of current events in the mid-1990’s, Margie decided to try to recapture an earlier era when the races mixed more easily at various venues, brought together, momentarily at least, by a shared passion for music. Once again, assisted by her daughter, a retired bilingual mentor educator, she decided to launch “Los Angeles Music Week,” a nearly two decades long non-profit annual celebration of locally based musicians in performances ranging from soul to salsa, blues to bolero, bebop to hip-hop. “Music can bring every race together on the face of this Earth,” said Evans, who once sang with a Latino band in Monterey Park. “All of the greatest messages of the world are spoken through music,”Margie shared in the interview for the L.A. Times article, “Instrument for Unity: Singer’s ‘LA Music Week Seeks to Bridge Racial Gaps” by Edward J. Boyer. Created in 1994, Los Angeles Music Week, Incorporated was a non-profit 501(c)3, community-based outreach program, with sixteen years of dedicated community service, founded by Evans.