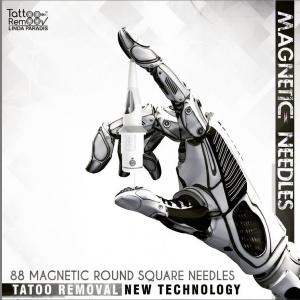 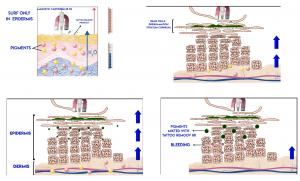 All unwanted Tattoos are Removed Safely and effectively. There are no damages or scars on the skin. No pain even Without giving Anesthesia.

LONDON, UNITED KINGDOM, April 8, 2021 /EINPresswire.com/ — There currently exist several types of method that can be implemented in order to remove a tattoo from the skin. In particular, use may be made of chemical methods in which a liquid tattoo removal composition is injected, through the skin, into the dermis where it is tattooed. That technique uses a system that is somewhat similar to the system used for tattooing, comprising a plurality of needles

That problem, which is linked to puncturing of the surface being treated by the application device, may also be encountered with other cosmetic treatments, for example, with permanent makeup.

Ms. Linda Paradis has thus recognized that there exists a need to provide a device that serves to perform effective cosmetic Treatment of the skin or the lips. She came up with brilliant idea and has invented the technique
This technique is invented by Ms. Linda Paradis who is working in the beauty industry since 1996. She has invented non-invasive Magnetic needles. United States Patent and Trademark office has awarded patent to her invention.

This Technique was evolved in United States and then prevailed across the world. The main reason of its popularity is that without even inducing Anesthesia people do not feel pain. There are no damages or scars on the skin. As a result unwanted Tattoos are Removed Safely and effectively