Dr. Marianne J. Legato of The Foundation for Gender Specific Medicine to be Featured on Close Up Radio 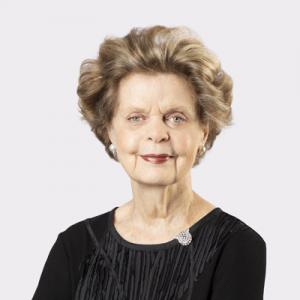 NEW YORK, NEW YORK, UNITED STATES, April 5, 2021 /EINPresswire.com/ — Gender-specific medicine is the study of how normal human biology differs between men and women, especially in the diagnosis and treatment of disease. The evolution of gender-specific medicine is similar to the emergence of pediatrics, which evolved because of an increasing awareness of the fact that children were not simply small adults. The physiology, diseases, and treatment of men and women are sex- and gender-specific.

Dr. Marianne J. Legato is the Director of the Foundation for Gender-Specific Medicine. A pioneer in her field, her discoveries and those of her colleagues have led to establishing sex and gender as important variables in the way we think not just about the treatment of disease, but also health and lifestyle.

“The idea that men and women are the same, except for reproductive biology, is known as the bikini view of medicine, in which breast health and gynecologic health are the only topics worthy of study,” says Dr. Legato. “Our research verifies that in every tissue of the body, men and women are very different.”

According to Dr. Legato, prior to gender-specific medicine, almost all clinical research was done on men, as women of child-bearing age typically avoid clinical trials. However, it was assumed whatever data apart from reproductive biology would also be applicable to women, which in Dr. Legato’s view was an indefensible intellectual error.

Of course, if you’re interested in the differences between men and women, you are inevitably drawn to the variations of human sexuality. Recent polling of the youngest generation of Americans—Gen Z—suggests that one in six identify as part of the LGBTQ community. One study estimated that one in every 250 adults identified as trans, and that these numbers are higher in younger generations.

How we determine gender is a complex issue. There are biological factors—individuals who are not comfortable with the sex assigned to them at birth. There are social and cultural factors. There are individuals born with a combination of male and female genitalia. While the reasons for these variations are not clear, binary thinking is naïve and limiting.

Dr. Legato is the author of The Principles of Gender-Specific Medicine and The Plasticity of Sex: The Molecular Biology and Clinical Features of Genomic Sex, Gender Identity and Sexual Behavior, which collects all the evidence-based research on issues of gender identity and transition to provide a comprehensive view on the development of human sexuality. It won the PROSE Award in biomedicine from the Association of American Publishers in 2020.

“Variations in sexual preference and performance have existed as long as human beings have been here,” says Dr. Legato. “People pay tremendously high prices for deviating from the traditional course. Our effort has been to make gender less of an emotional discussion, and more scientifically based, so we can gather more data.”

Listen to the show on BlogTalkRadio

The Plasticity of Sex is available on Amazon