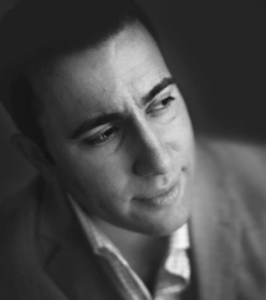 This tremendous accolade compliments Mr. Hecht’s 2020 inclusion in the IAM 1000: The World’s Leading Patent Practitioners. He has also been included in the New York edition of Super Lawyers every year since 2015.

Mr. Hecht was extremely pleased to be included on the Billboard “Top Music Lawyers” list. “It’s an honor to be included among so many of the ‘best legal minds in the business,’” said Mr. Hecht. “I am also fortunate to have many supportive clients, like JaQuel Knight.”

Among Mr. Hecht’s accomplishments in the past year, the inaugural year of his eponymous law firm, have been substantial:

• Mr. Hecht secured an historic copyright registration on the choreography for “Single Ladies ‘Put a Ring on It’” for client JaQuel Knight, one of the preeminent choreographers in the world, which led to a feature in Billboard in November 2020.

• Hecht Partners defeated a motion to dismiss by Epic Games on behalf of world-famous saxophonist Leo P, which led to the creation of new law regarding false endorsement; following the victory, the matter was swiftly resolved.

• Hecht and his firm partnered with IP Shark, following a successful representation of that company, to curb intellectual property infringement.

ABOUT HECHT PARTNERS:
Hecht Partners LLP is a commercial law firm specializing in intellectual property rights, class actions, and transnational arbitration and litigation. Our clients include some of the most innovative and emerging companies and individuals in the entertainment, digital media, and tech industries. We pride ourselves on our entrepreneurial spirit and lean, efficient operations based in next-generation technologies that have yet to be adopted by the vast majority of the legal industry. With offices in New York and Los Angeles, our attorneys are also licensed in New Jersey, Massachusetts, Pennsylvania, District of Columbia and Texas.

What Is an Aging Plan, and Why Do You Need One? Advice Chaser Webinar Discusses This Essential Document

Barberitos Serves Up its Sweet Mango Salsa this Spring and Summer