Can Reparations Cure Racism: Author Asserts That The Repair of Black America Will Bring Healing to All America 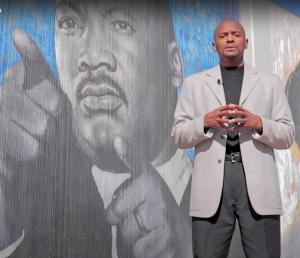 Demeris Johnson, Author of “Reparations NOW and Why!” 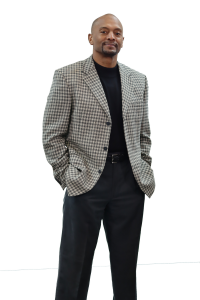 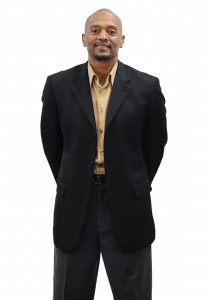 Demeris Johnson, Author of “Reparations NOW and Why!”

True reparations are a direct monetary payment to the descendants of slaves.”
— Demeris Johnson

BUFFALO, NEW YORK, UNITED STATES, April 7, 2021 /EINPresswire.com/ — Racial tensions and wealth disparity in America are at the highest peak since the 1960s according to the Urban Institute. A lot of factors have contributed to this, one being the George Floyd case.

Illinois makes history as the first state to institute reparations for housing disparities, but one advocate to right injustice says it does not go far enough. Demeris Johnson, a self-made successful businessman, tells critics this is just the tip of the iceberg for reparations. “Illinois is taking a step in the right direction,” says Johnson, but “true reparations are a direct monetary payment to the descendants of slaves.”

In his book, “Reparations Now and Why! Healing America’s Racial Divide,” he cites the biblical account of Israel’s deliverance from Egypt after 400 years of slavery. Johnson says when the Hebrew slaves left captivity, Moses and specifically, the women of the individual families of Israel, demanded payment of silver and gold. In the same way, this Buffalo pastor says the United States government owes descendants of enslaved people a national debt.

In the wake of the racial unrest of 2020, new polls reveal 2 out of 5 white Americans support discussing reparations in some form, up 16% in just one year. And a recent Civiqs poll reports nearly 80% of Americans now believe “racial and ethnic discrimination is a problem in the United States.” With the tide of change growing in favor of this long-fought battle, Johnson urges Black Americans to learn the biblical mandates and stand on God’s law to bring about retribution for His people. According to Johnson, who quotes Ecclesiastes, “to everything there is a season,” Johnson says the time to demand rightful payment for generations of free labor is now.

Johnson, a one time wide-receiver for the Miami Dolphins and the Buffalo Bills, knows what it is like to go up against a seemingly insurmountable foe, but he never runs away from a fight. In the same vein of the apologetics of years past, this former NFL player, turned man of God, says the fight is not on the field or in the courts but in the pews. Johnson contends the church has not only been complicit in allowing and propagating a doctrine of slavery, racism, and hatred toward Black America but also advocates. His goal is to reach his white brothers and sisters with clear biblical insights to bring about a spiritual heart transplant and a renewed mind.

One Southern white pastor, Dr. Larry Keefauver, admits he read “Reparations Now, and Why!” to refute Johnson’s claims but according to the well-known Bible teacher, when he turned the pages of the book, he had a revelation of Christ’s heart for American descendants of slaves and all of Black America. After reading Johnson’s account, he encourages the church to “Weep … repent … and then act justly and righteously.”

Johnson, an avid student of the Bible, says God’s heart is to bring salvation to His people, and he hopes “Reparations Now, and Why!” will be used as a tool to do just that. He says he wrote the book to “awaken the church” to fulfill the Psalms 82 mandate to fight for the poor and the fatherless. Johnson hopes this book will encourage Black Americans to take courage knowing “It’s time to fight with spiritual might, our voice and our vote.”

About Demeris Johnson: Demeris holds many titles, including former NFL wide receiver, successful Buffalo businessperson, senior pastor of The Worship Center, and Amazon bestselling author of the book “Mission Impossible.” Married to his college sweetheart for 25 years, the father of three says his goal is to bring about a true transformation in God’s people.

If you want to hear more from Demeris Johnson and the fight for reparations, please contact Pam Perry at 248-690-6810 or staff@pamperrypr.com