Anniversary Tribute Single of “8” by Billie Eilish and FINNEAS Released 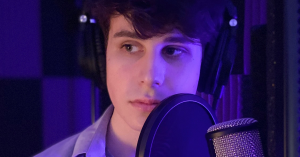 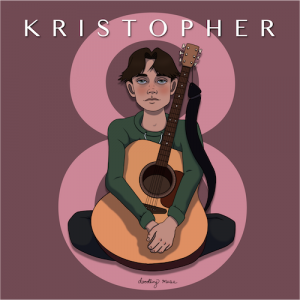 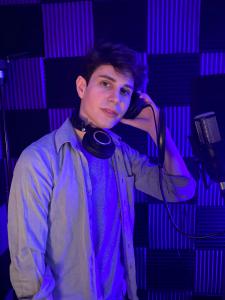 I wanted to honor Billie’s music with my own interpretation of how this song impacted me personally.”
— Kristopher Houck

Originally titled “see-through”, the song was released by Eilish as track #8 on her 2019 worldwide platinum debut album “WHEN WE ALL FALL ASLEEP, WHERE DO WE GO?” Although never released as a single, “8” charted gold and peaked on the Billboard Hot 100 shortly after the album’s release.

Adapted and performed by Florida-based singer-songwriter Kristopher Houck (“KRISTOPHER”), the cover aspires to a relatable sophistication of the track in tribute to the song’s original artistry. KRISTOPHER is the first artist to release a single of “8”, under license from publishers Universal Music and Kobalt, delivering a tribute to this stylistic song that deeply inspired his own music career.

“I wanted to honor Billie’s music with my own interpretation of how this song impacted me personally,” Houck explains. “I chose to do ‘8’ because the song’s mix of genuine vulnerability and maturity spoke to me in quite an intense way.” Houck also attributes his inspiration to become an indie artist to this song. “8 was the song that gave me that final inspired push to write my own music,” he stated.

As the music industry strives to adapt to a new virtual world of COVID-19, Kristopher Houck is reaching out to an international audience with songs written to help people feel and to heal. With a degree in psychology from the University of Central Florida and over a decade of musical theater and orchestral experience as a performer and multi-instrumentalist, Kristopher is devoting his songwriting to the cathartic influence of music that was so important to his own struggle for identity and love while growing up as a gay youth.

“8” is KRISTOPHER’s third record release of 2021, following his debut singles “LIAR” and “Borrowed Time”. KRISTOPHER’s debut album “LIAR”, planned for release in the spring, will bring together a collection of his originally composed emotive ballads dealing with the struggle of self-reflection amidst lovelorn relationships.

“8” by KRISTOPHER began streaming today on all major platforms worldwide including Spotify, Apple Music and Pandora. KRISTOPHER’s music is published and released by Artemis Music, a Florida-based independent label on a mission to support and empower emerging artists, musicians and songwriters.