All You Need to Know about NAD+ IV Infusions (with Prime IV Hydration & Wellness of St. George) 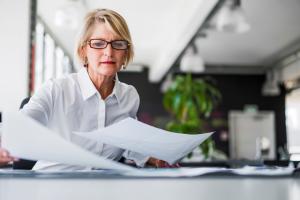 NAD+ levels are essential for vitality, and in fact, life itself. If you have low NAD+, you’re more likely to age quicker and have a higher risk of developing metabolic disorders.”
— Heidi Neville, Owner

ST. GEORGE, UTAH, US, April 6, 2021 /EINPresswire.com/ — Do you want to hack your biology to recover, feel, and perform better than ever? Most people know about supplements, eating healthy, exercising, and sleeping eight hours a night. But fewer people know about the more specialist ways to upgrade yourself, like IV infusions. New on the scene but contenders that are here to stay, IV infusions go straight into your bloodstream, providing nutrients that boost your health metrics, energy levels, and overall wellness.

What is NAD+?
—————-
Nicotinamide adenine dinucleotide (NAD+) is a coenzyme found naturally in every cell in your body and is essential for countless metabolic processes and over 500 enzymatic reactions. NAD+ is required to convert fuel into energy and assists in other key functions like muscular movement, blood circulation, DNA repair, metabolism, energy levels, and mitochondrial function.

Scientists discovered NAD+ in 1906 while examining fermentation by yeast cells. It has grown in popularity in the health industry as scientists have learned more about its profound benefits for aging. As per a 2018 study, NAD+ naturally decreases as we age. Researchers concluded that as NAD+ decreases, the hallmarks of aging begin, including increased disease risk, age-associated metabolic disorders, neurodegenerative diseases, and mental disorders. To slow down aging, NAD+ levels must be maintained so that they can continue to contribute to the hundreds of enzymatic functions of the body.

There are a number of NAD+ precursors – nicotinic acid, nicotinamide and nicotinamide riboside – that convert to NAD+, or you can get a boost of NAD+ delivered straight into your bloodstream via an infusion.

What are the benefits of NAD+?
—————-
As mentioned, our levels of NAD+ decrease with age and can decrease more rapidly in the case of certain lifestyle factors like nutrient poor diets or inflammation. This is because specific nutrients in food convert to NAD+, like vitamin B3, found in animal products, mushrooms, brown rice, avocados and others. If you haven’t had a great diet throughout your life, or if you’re an older adult, it’s likely that your health and longevity is being impacted by an NAD+ decrease, and you should seek to replenish it.

NAD+ levels are essential for vitality, and in fact, life itself. Studies show that if you have low NAD+, you’re more likely to age quicker and have a higher risk of developing metabolic disorders. Giving yourself an NAD+ boost can bring about amazing benefits that include

This is in part because NAD+ plays an enzymatic role in

Without enough of it, you’re going to struggle.

Research on NAD+
—————-
A recent study published in Cell Metabolism in 2019 examined the role of NAD+ boosters. The researchers found links between NAD+ levels and obesity; key enzymes in NAD+ signaling pathways are known to prevent fatty liver diseases like fat accumulation and insulin resistance. In fact, an animal study found that when mice were treated with NAD+, scientists were able to treat and prevent obesity and improve blood glucose levels and mitochondrial function – all essential biomarkers of health and longevity.

One of the key hallmarks of aging is muscular atrophy and inflammation. A 2013 study published in the journal Cell found that old mice treated with NAD+ precursors experienced “dramatically improved” muscle function. Why? Because NAD+ plays a role in mitochondrial function by reducing inflammation and increasing ATP production after exercise performance.

Mood is another aspect of cognitive health. NAD+ is a precursor to various metabolic pathways including serotonin, melatonin, dopamine, noradrenaline, and kynurenine. Without NAD+, you can’t produce these important hormones and metabolites, resulting in deficiency or dysfunction. Serotonin deficiency is linked to many conditions like depression, anxiety, obsessive-compulsive disorder, brain fog, and obesity. Ensuring your NAD+ levels are high will allow the rest of the associated functions to work properly so that you can feel your best.

NAD+ has anti-inflammatory properties. An animal study found that when treated with NAD+ precursors, inflammatory markers decreased. Inflammation is known to be at the root of all diseases and illness, ranging from obesity to acne. Reducing levels of inflammation in the body is associated with improved general and cognitive health, as well as improved mood and energy levels and a reduced risk of all-cause mortality. NAD+ is one of the best ways to reduce inflammation.

NAD+ IV Infusion Therapy
—————-
What would happen if you delivered high doses of NAD+ directly into the bloodstream by way of intravenous (IV) infusion? The effects are astounding. The nutrients bypass the digestive system – which can delay or negate the effects – and instead infuse straight into the bloodstream to be used immediately by the cells that need it.

Regular NAD+ therapy helps repair cells that have been damaged by aging, oxidative stress, inflammation, toxins, environmental stressors, and poor nutrient intake or absorption. You might think you’re doing well – but could you do better? Absolutely. NAD+ infusion therapy is here to boost you to a higher level of health and wellness, and you’ll be amazed at your transformation from the inside out.