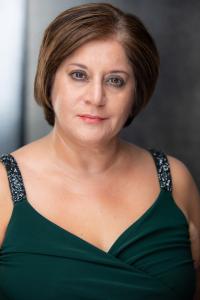 “We’re honored to include Sandy Kaur, in our BoLAA family.” ~Aurora DeRose

The “Best of Los Angeles Award” community was formed five years ago and consists of over 7,400 professional members living and working in Southern California. It celebrates the best people, places, and things in Los Angeles with the slogan “No Ads. No B.S. Only the Best.”

“The mission of the community is to celebrate the best of Los Angeles, and allow its community members to connect with other members who share the highest standards of quality and integrity,” expresses DeRose. “We’re honored to include Sandy Kaur in our BoLAA family.”

Sandy Kaur grew up in Canada. From a young age, she developed a passion for singing and music. Her talents extend across a multitude of languages. She can sing in Hindi, Punjabi, English, French, and Gurmukhi.

In 2018, she released her first album, “Spiritual Healing,” with Tim Abbot. As a breast cancer survivor, she focuses on creating music that will help people in their healing and recovery process. Earlier this year, she released her “Divine Bliss” album with GuruGanesha. She is now in the process of recording her new meditation, chants, and yoga music album “Sound Therapy,” which is set to release this fall. For this new project, she has partnered again with GuruGanesha and Thomas Barquee.

Now living in Los Angeles with her husband, Ravi Khanzode, Sandy continues to inspire us with her work.

Barberitos Serves Up its Sweet Mango Salsa this Spring and Summer