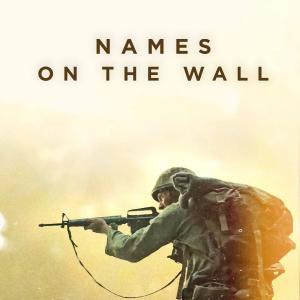 “Names on The Wall” tells the story of two soldiers, portrayed by Brendan Healy and Doan Nguyen, fighting on opposite sides of the Viet Nam War. They find themselves faced with a choice somewhere between where humanity ends and war begins. 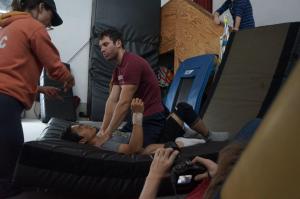 Melissa Tracy trained Names on The Wall stars Brendan Healy and Doan Nguyen in the fight styles authentic to the US soldiers and Viet Congs of the time. 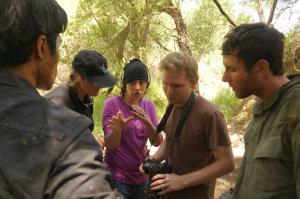 Director Koura Linda worked closely with her team from development through post production, to bring every aspect of this story to the screen.

…[its] a story I strongly believed needed to be told: a story of humanity, how we see each other, and who we are.”
— Koura Linda

Their first full-scale indie film project directed by Koura is the now-multi-award-winning short film, “Names on The Wall”.

April 11, 2021, after festival screenings around the world with 14 nominations, and 7 awards including:
“Best Director”
“Best Original Score”
“Best Actor”
“Best Film: Short”
“The Alan Bailey Award for Excellence in Filmmaking in a Major Genre”
“Names on The Wall” is bringing it home to Northern Virginia, where the film was originally written by NOVA local, Nick Gambino, and developed by Koura while she was working in Virginia.

An official selection of the 2021 Northern Virginia International Film Festival & Capital Film Market, “Names on The Wall” is the opening film on opening night of the festival. Its last official festival screenings start as the first of the week-long virtual festival experience.

Exclusive to the NOVA Fest, “Names on The Wall” will screen virtually on April 11, 2021 at 5pm PST/8pm EST in a stand-alone opening night screening, followed by a moderated Q&A panel featuring the cast and crew.

“Names on the Wall” tells the story of two soldiers, portrayed by Brendan Healy and Doan Nguyen, fighting on opposite sides of the Viet Nam War. They find themselves faced with a choice somewhere between where humanity ends and war begins.

It was a war of governments, but this is a story of soldiers.

Original music by Composer Ozie Cargile and Audio Supervisor and co-Editor Spaceship, brought to life by musicians across the world, the film is rife with tense action and witty dialogue among a beautiful visual story that tells the nuanced details between men who become more than just names on the wall.

“I am a nine year community member of hitRECord (which premiered at the 2010 Sundance Film Festival New Frontier) and about a third of the crew on this production are also hitRECorders. Long before COVID, just following how we collaborate on hitRECOrd as artists, approximately 90% of the planning, coordination, and execution of production was done online resulting in a global artistic collaboration between over 35 artists in 5 countries,” Koura Linda explained.

Koura worked with writer Nick Gambino to develop the concept for the film, but originally intended to helm as a Producer and Production Designer. She was encouraged by her team to step up as Director. “I truly am grateful for the opportunity to try my hand at telling a story I strongly believed needed to be told: a story of humanity, how we see each other, and who we are.”

In keeping with COVID-19 safety protocols, the entire NOVA festival will be available as a virtual experience. Tickets to the screening are $10 and can be purchased here under the GRAY ticket category: NovaFilmFest

An additional screening as part of the April 13, 2021 11:30am PST/2:30pm EST short film block is also available here under the YELLOW ticket category: NovaTuesdayShorts

Following a successful international festival run, “Names on The Wall” has just premiered on the Amazon Prime Video streaming platform and is available for streaming following the festival.

Koura and Spaceship are currently in post-production on Space Dream Productions’ first 100% in-house owned feature film, “Catching the Light”, with production partner Bryan Redhead. “Catching The Light” was safely filmed with a stripped-down cast and crew on location in a small town in Florida in late September 2020.

Their next major feature film, “Comic Relief”, is finishing up its COVID safety plan for production. They are also developing an as-yet-untitled, untraditional feature-length holiday film, along with several other short films and video projects currently in the works.

In just over four and a half years, Space Dream Productions has received 60 official selections on the 20 projects they’ve produced and submitted to festivals. Their work has been acknowledged with 72 nominations and special mentions, and acclaimed with 23 awards.

In August 2019, Koura Linda received The Mico Award in recognition of her innovation, courage, and excellence in a career in film.

Updates on Koura Linda and Spaceship’s work can be subscribed to through their website, where more on their work in independent film can also be found: https://www.spacedreamfilms.com/

5 Questions Accountant Konstantin Lichtenwald Wants You To Answer Before Investing