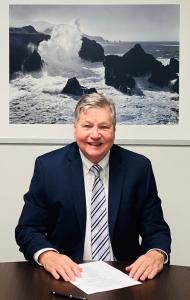 LOS ANGELES, CA, UNITED STATES, April 1, 2021 /EINPresswire.com/ — The pandemic had the kind of consequences that economists dread. The initial decline in economic output was greater than that of the Great Depression. Job losses that surpassed all previous records. But there is one economic measure that appears to be drawing a more positive picture: bankruptcies, which have so far trailed their total from the year before the pandemic.

Acclaimed bankruptcy attorney, Charles Daff sheds some light on to why this is happening. “The creditors response is to renegotiate and to forebear on debt rather than enforce liabilities to its fullest exent under law,” states Charles Daff. “The greatest example of this response is in the area of the moratorium against landlords and lenders to evict tenants or foreclosure on homes. The moratorium has shifted the risk of loss to the landlords and banks by the action of state and federal governments.”

Despite COVID-19, the number of personal and company bankruptcies filed in the United States decreased by nearly 30% from 2019. According to U.S. Bankruptcy Court figures, the downturn was largely led by a 31% drop in personal bankruptcies, as well as a nearly 5% drop in filings attributable to company debts.

“The moratorium allows renters and homeowners to shift their payment on these obligations to a sometime in the future event. The timing to extinguish the moratorium by government for landlords and lenders will eventually come to call in past due payments, NOW, and creates a potential ‘debt time bomb’,” concludes Charles Daff. “Until then, the Bankruptcy Court remains open for consumers and businesses for that day.”

College of Law in June 1977 with a Juris Doctorate Degree. He graduated from California State University, Fullerton in June 1974 with a B.A. Degree in Political Science. Charles W. Daff has resided in Orange County, California since 1970 where he attended college, attended law school and currently maintains his practice of law. Charles W. Daff was admitted to the State Bar of California in December 1977. He is admitted to all the state courts in the State of California and all of the United States District Courts in California. In September 1987, he was appointed to the Chapter 7 Trustee Panel by the Office of the United States Trustee, Orange County Office and currently services as a Chapter 7 Panel Trustee in the Riverside Division of the court. He is a member of the State Bar of California, the Orange County Bar Association, (and its Commercial and Bankruptcy Section), National Association of Consumer Bankruptcy Attorneys, Orange County Bankruptcy Forum, Inland Empire Bankruptcy Forum and American Bankruptcy Institute and National Association of Bankruptcy Trustees. He was designated a “Super Lawyer”, an award granted to the top 5% of attorneys in Southern California.